Bollé is introducing an easy quick-change magnetic lens option to its 2020/21 ski goggle collection with the new Nevada NEO, which comes with two different lens options allowing users to quickly adapt to changing weather conditions. The Nevada NEO features Bolle’s new Eyelatch - a proprietary lens locking system that secures the lens in the blink of the eye.

Open it to change the lens and close it to lock it in place, it’s that simple. The NEO is available with Bolle’s top of the line Phantom + lens which is a combination of number of advanced lens technologies that revolutionize vision on snow and is ideal for a variety of conditions aimed at maximizing color definition and depth perception. The Phantom + also includes a semi-polarized film that reduces distracting glare and enhances contrast to distinguish ice from snow.

An additional feature offered by the Phantom + is its Low Temperature Sensitivity (LTS) which allows for a wide range of visible light transmission, ensuring precise visual acuity in all weather conditions, including the most extreme. Bolle’s lens tint reaches 70% of its full activation within 20 seconds.

The Nevada Neo also features Bolle's proprietary Platinum technology, developed by Bolle Safety, which is a permanent coating that provides a high scratch resistance and delays fogging well beyond the minimum standards.

Incorporating a new ventilation system, the Bolle Ryft blends the best of both worlds –ultimate protection and comfort. On the protection front the new Ryft includes MIPS, a game changing technology that protects against rotational motion to the brain caused by angled impacts. The Ryft incorporates BOA’s Fit System, a 360°system providing micro-adjustability for a fully customized comfortable fit and unmatched stability. Adding another layer of comfort is the Ryft’s new comprehensive ventilation system. While most helmets feature small vents that are the result of adhering to certification tests, the fully certified Ryft includes a large air intake from vertical space around the vent opening, while the panel obstructs anything from penetrating into the headform, making the Ryft the only certified snow helmet with maximum air channeling. The RYFT also features an easy to use goggle retainer system featuring integrated grooves on the back and side of the helmet that allows users to easily lock and unlock goggles from the helmet even when you’re wearing gloves.

“The current snow helmet competitive landscape is full of helmets with small vents” explains Ben Pritz, Bollé Head of Industrial Design & Engineering.” This is because of the EN1077B striker test. A 3kg metal spike meant to represent a tree branch or ski pole is dropped from 0.375m onto the helmet. If the spike penetrates to the head form, the helmet fails the certification test.

Traditional snow helmet sliders move to the side to open and close the vents (active ventilation). The RYFT hybrid ski helmet has unique ventilation system that allows for larger vent openings and increased airflow by having the slider translate normal to the exterior surface of the helmet shell. ACTIVE PANEL VENTILATION allows for the entire perimeter of each front facing vent in the shell to open larger than traditional vents while still passing the EN1077B certification test. The top rear of the helmet has two large exhaust ports covered by slotted vents that open and close along with the front.

A new take on an original style from the 1980s has been updated for today’s customer.

Our new CHRONOSHIELD is available with Bollé’s latest lens Technology, Phantom, which adapts to light while offering the sharpest vision at all times thanks to the NXT® lens material and a high contrast filter, enhancing details and boosting color.

With the largest lens dimension in Bollé’s range, CHRONOSHIELD offers an extra wide field of view, ideal for visual comfort and protection against the wind or debris. Venting ensures the lenses never fog up and the adjustable Thermogrip nose-pads and temple tips gives a custom fit while making sure they stay in place.

As a tribute to the original design, the CHRONOSHIELD feature a removable brow bar with foam providing a custom fit and additionalcomfort. This bold, retro style comes in a range of frame colors from Matte Pink that pops to a more subtle White and Black.

Discover the ultimate level of protection and performance with the Instinct MIPS helmet. The MIPS protection system is a revolutionary technology that allows the helmet to slide relative to the head, increasing protection against rotational motion to the brain caused by angled impacts. While its predecessor Instinct already featured a Dual-shell and AVID Progressive EPS construction, the new Instinct is equipped with MIPS technology and features the BOA 360 degree fit system for size adjustment. 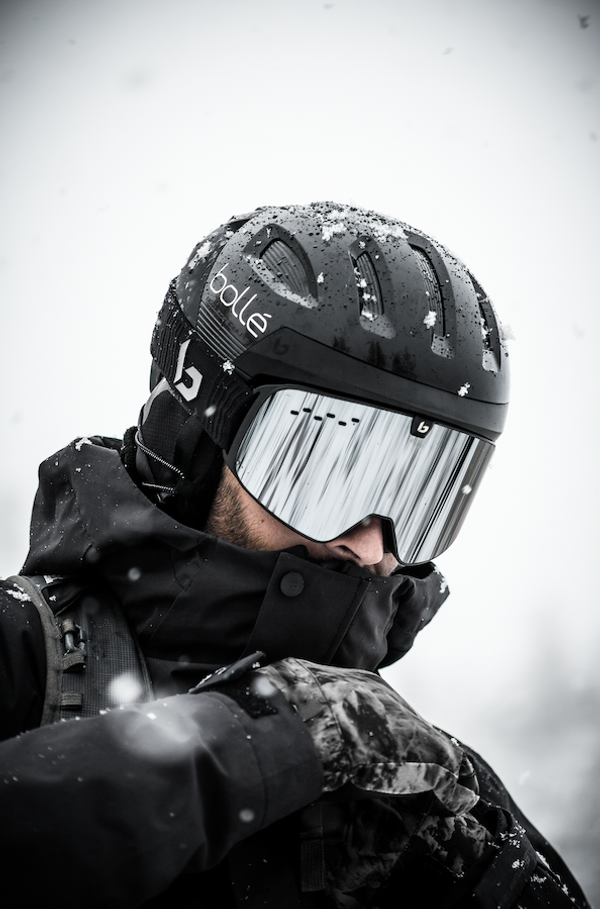 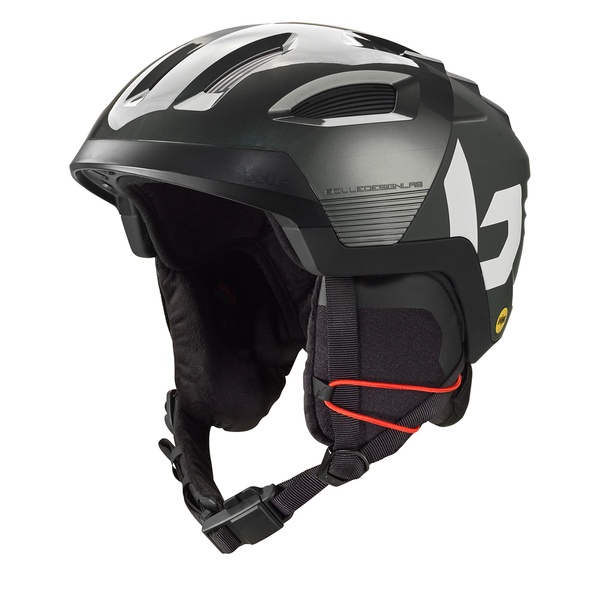 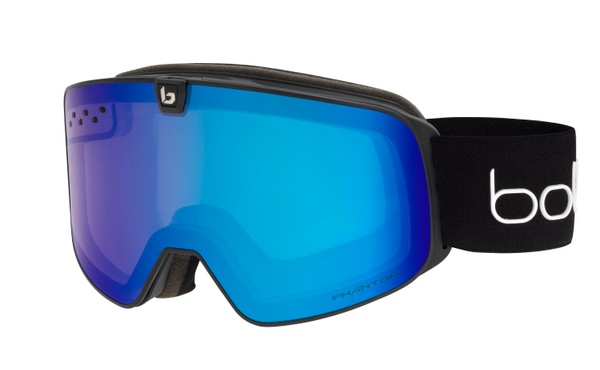 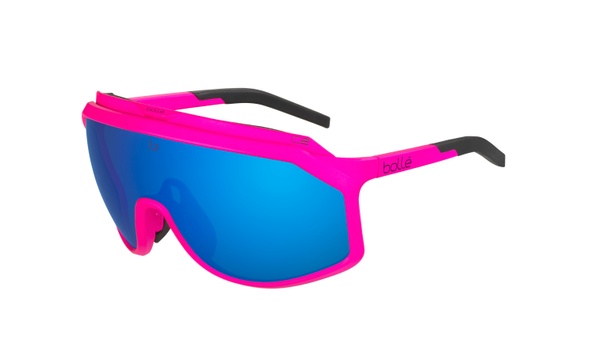 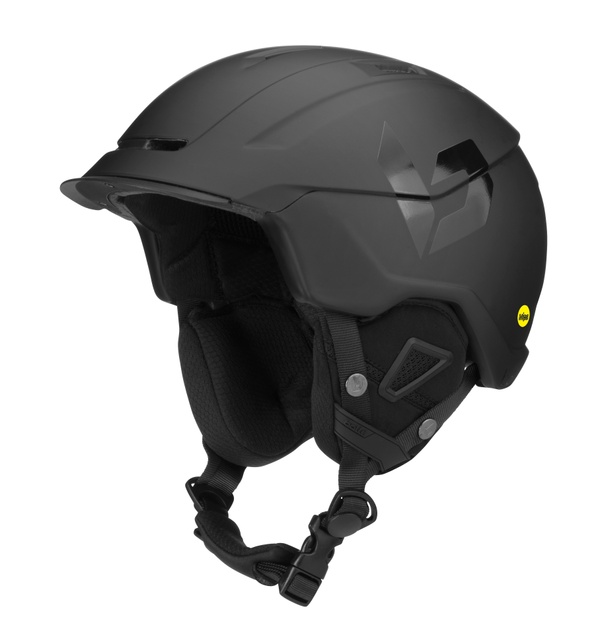 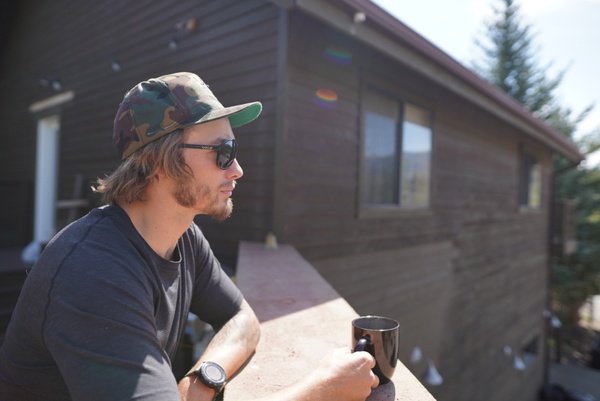